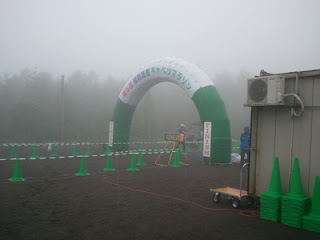 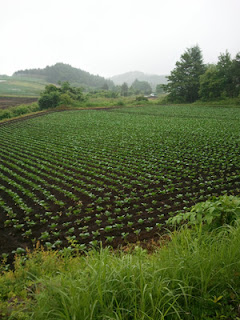 Love ‘em or loath ‘em, tattoos are an undeniable part of Japanese culture.

Called ‘irezumi’ or ‘horimono’, tattoos in Japan are often perceived negatively due to their association with the yakuza (Japanese mafia), and as such, people sporting tattoos are usually denied entry to sento and onsen (public bath facilities), fitness clubs and swimming pools. The traditional ‘body suit’ with designs such as kanji (Chinese characters), dragons, flowers, koi carp and ocean waves cover the arms, shoulders, back and upper legs.

Tattooing for spiritual and decorative purposes is thought to date back to at least the Jōmon or paleolithic period (approximately 10,000 BC). Some scholars have suggested that the distinctive cord-marked patterns observed on the faces and bodies of figures dated to that period represent tattoos, but this claim is by no means unanimous. There are similarities, however, between such markings and the tattoo traditions observed in other contemporaneous cultures.
In the following Yayoi period (c. 300 BC–300 AD) tattoo designs were observed and remarked upon by Chinese visitors. Such designs were thought to have spiritual significance as well as functioning as status symbols.
Tattoos began to assume negative connotations in the Kofun period (300–600 AD) when, instead of being used for ritual or status purposes, tattooed marks were placed on criminals as a punishment.

Japanese tattoos in the Edo period

Up until the Edo period (1600–1868 AD) the role of tattoos in Japanese society fluctuated between being used as a punishment, and for minor decorative fads with some featuring designs that would be completed only when lovers' hands were joined. It was in the Edo period, however, that Japanese decorative tattooing began to develop into the advanced art form it is known as today.

The impetus for the increase in popularity of tattooing was the development of the art of woodblock printing and the release of the popular Chinese novel ‘Suikoden’, a tale of rebel courage and bravery illustrated with lavish woodblock prints showing men in heroic scenes, their bodies decorated with dragons and other mythical beasts, flowers, ferocious tigers and religious images. The novel was an immediate success, and brought on a huge demand for the type of tattoos seen in its illustrations.

Woodblock artists began tattooing using many of the same tools for imprinting designs in human flesh as they did to create their woodblock prints, including chisels, gouges and, most importantly, the unique Nara ink (Nara black), which famously turns blue-green under the skin.

There is academic debate over who sported these elaborate tattoos. Some scholars say that it was the lower classes, while others claim that wealthy merchants, barred by law from flaunting their wealth, wore expensive irezumi under their clothes. It is known for certain that irezumi became associated with firemen, dashing figures of bravery and roguish sex appeal who wore them as a form of spiritual protection (and, no doubt, for their beauty as well).

At the beginning of the Meiji period (1868~1912) the Japanese government, wanting to protect its image and make a good impression on the West, outlawed tattoos. It was at this point that irezumi took on modern connotations of criminality. Nevertheless, fascinated foreigners went to Japan seeking the skills of tattoo artists, and traditional tattooing continued underground.

Despite tattooing being legalized by the occupation forces in 1948, it has retained its image of criminality. For many years, traditional Japanese tattoos were associated with the yakuza, Japan's notorious mafia, and many businesses in Japan (such as public baths, fitness centers and hot springs) still deny access to customers with tattoos.

Tattooing and other forms of body decoration and body modification, as in much of the western world, are gaining popularity in Japan. However, Japanese young people who choose to get tattooed are most often getting "one point" designs (small tattoos that can be completed in one sitting) usually in American or tribal styles.

Traditional irezumi is still done by specialist tattooists, but it is painful, time-consuming and expensive. A traditional body suit (covering the arms, back, upper legs and chest, but leaving an un-tattooed space down the middle of the chest and stomach) can take one to five years of weekly visits to complete and cost in excess of US$30,000.

A traditional tattoo artist trains for many years under a master. He (for they are nearly always male) will sometimes live in the master's house. He may spend years cleaning the studio, observing, practicing on his own flesh, making needles and other specialist tools, mixing inks, and painstakingly copying designs from the master's book before he is allowed to tattoo clients. He must master all the intricate skills including unique styles of shading, and hand tattooing techniques. He will usually be given a tattoo name by his master, most often incorporating the word ‘hori’ (to engrave) and a syllable derived from the master's own name or some other significant word. In some cases, the apprentice will take the master's name, and will become The Second or Third (and so on).

After an initial consultation during which designs are discussed, work begins with tattooing the outline. This will usually be done in one sitting (often freehand, without the use of a stencil), and may require several hours to finish. When the outline is complete, the shading and coloring is done in weekly visits, or whenever the client has money to spare. When the tattoo is finished, the artist will ‘sign’ his name in a space reserved for that purpose, most often somewhere on the back.

Wearers of traditional tattoos can often afford little else. They frequently keep their art secret, as tattoos are still seen as a sign of criminality, particularly by older people and in the work place. Ironically, many yakuza and other criminals avoid having tattoos for this very reason.
Posted by ALEX 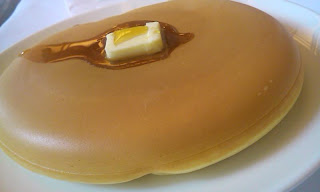