A tale of two (floating) cities

Art deco
As we share a love of the style, in some respects it’s no surprise that my mother and I should be experiencing Art deco at the same time. Given that we’re living thousands of miles apart however, it is a bit of coincidence that we happened to be onboard Art deco influenced ships at the end of 2011; she on the Costa Concordia, me on the Hikawa Maru. An eclectic artistic and design style, Art deco began in Paris in the 1920s and flourished internationally throughout the 1930s and into the World War II era. The style influenced all areas of design, including architecture and interior design, industrial design, fashion and jewelry, as well as the visual arts such as painting, graphic arts and film. At its best, art deco represented elegance, glamour, functionality and modernity. Although many design movements have political or philosophical beginnings or intentions, art deco was purely decorative.
A tale of two (floating) cities
In late December 2011, my mother and her partner boarded the Costa Concordia for a jaunt around the Mediterranean. Since retiring, they’ve been going on two on three cruises a year. Quite apart from getting to see places that they might otherwise not, they enjoy the luxury of not worrying about anything for a couple of weeks at a time. That said, they were slightly nervous about this particular cruise as it was very reasonably priced. However, they had an absolutely fantastic voyage even passing close to a certain Italian Island called Isola del Giglio! You can imagine their surprise when watching the BBC News on January 13 they saw their cabin sticking up out of the ocean at the wrong angle after the hull of the Costa Concordia was ripped open close to the island!
It’s hardly surprising that I survived my very short visit aboard the Hikawa Maru given that it’s permanently berthed in Yokohama, but I’m extremely grateful that my mother was not on board the Costa Concordia when it hit that rock! She’s not too unhappy about it either!
The Costa Concordia
Named and christened by supermodel Eva Herzigova to symbolize peace and harmony between European nations, the interiors were modeled in a range of European styles including Irish Gothic, Belgian Art deco, Austrian Baroque and Italian Post Modern. Built to resemble a grand hotel, the Costa Concordia also sports a three-story theatre, 13 bars, two huge poolside video screens, a jogging track and three pools, including the largest enclosable pool on any liner in the world.
The Hikawa Maru 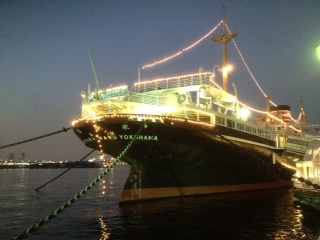 The Hikawa Maru was built in Yokohama and launched September 1929, making her maiden voyage from Kobe to Seattle May 1930. Often referred to as the Queen of the Pacific, she was famous for her stunning art deco interiors and splendid food. Charlie Chaplin and Kano Jigoro (founder of Judo) are amongst the ship's more notable early passengers.
The Hikawa Maru was later used, before Japan's entry into World War II, to help Jewish refugees escaping the Nazis. When Japan entered the war, she became a hospital ship, and as a result, ultimately survived the Allied campaign against the Japanese merchant fleet. For the two years following the war, she was used by the US to repatriate troops. The Hikawa Maru was returned to Japan in 1947 and carried cargo between Japan and the US till being taken out of service in 1954.
Following a refit she returned to carrying passengers across the Pacific, however, the service was finally terminated in 1960 due to falling passenger numbers - air travel had begun to take off! In 1961, the Hikawa Maru was permanently berthed at Yokohama and became a floating youth hostel and museum. In 2006, the museum was closed and restoration began in 2007. The Hikawa Maru was reopened to the public in May 2008, the vessel's 78th birthday.
Posted by ALEX 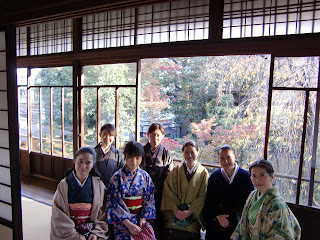 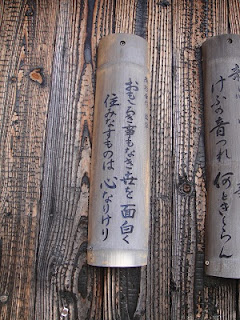 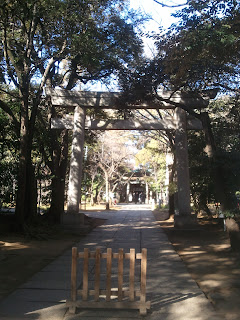 To my some would say over-critical eye, Tokyo isn’t the most architecturally attractive city! That’s not to say there aren’t any mind-blowingly fantastic buildings here - there are. Or that it isn’t an interesting, great place to live – it is. Tokyo is an eclectic mix that reflects many different architectural styles that were in vogue over several eras. It should be good, but somehow residential neighborhoods all too often look like they’ve been thrown up willy-nilly!
Years ago, long before everyone had a computer or even an email address, some smart ass acquaintance of mine passed around a list entitled, "You know you’ve been in Japan too long when…." It was a humorous look at how daily life in Japan quickly becomes 'normal' for the unsuspecting foreigner. One of my favorites was:
You know you’ve been in Japan too long when you no longer think, “Look at all that ugly concrete,” but rather, “Look at that lovely tree.”
Another cringe-worthy favorite was:
You know you’ve been in Japan too long when your mother asks you what ‘genki’ means!
Despite the relatively low level of spoken English in Japan, compared for example to that of many European countries, it is possible to have a reasonable quality of life and a lot of fun without being able to speak a word of Japanese. After a while though, it starts to feel embarrassing, if not outright rude! At least it did for me. I am after all living in a country where English is not the native tongue! It was a couple of years before I began to suspect I might be here for a while, but soon after those feelings started to emerge I enrolled at a Japanese language school. For the first few months there were about ten students of different nationalities in my class. As time went on, the other students all gradually quit till finally just I was left. For months on end I had one-to-one classes four hours a day. It was brilliant practice, but the teachers must have hated me; I always showed up and was never late! I’m not saying I’m a particularly good speaker even now, twenty years later, but it was my future wife who helped the most by giving me the confidence to speak. About three months into my studies I asked her if she would mind if we spoke only in Japanese! I cringe now to think of how bad I must have been! She was exceptionally patient, which was probably part of the reason I finally married her! I couldn’t imagine anyone else putting up with me!
Many, if not all my foreign friends and acquaintances in Japan speak to their offspring in English and allow said offspring to answer in Japanese. To me this always seemed odd and a wasted opportunity since English language education is a huge burden for young people in Japan. Surely if you can take the sting out of a subject for your children, dare I say make it appear worthwhile, it’s got to have some value, has it not? As soon as our first child was born, in fact way before that when we were first pregnant, I decided that I was only going to use English at home. This strategy has worked quite well. The girls don’t even bother to try to speak Japanese with me anymore! Actually, they don’t even bother to try to speak to me in any language anymore! (Not true quite yet, but the teenage years are fast approaching!)
Anyway, back to Tokyo architecture. One example of a fantastic complex is Tokyo Midtown. It is beautifully designed, user friendly and surrounded by a very pleasant park area. Another completely amazing building is Roppongi Hills. (I won’t talk about the ancient neighborhood that was demolished to make way for it! Nor comment on the landmark building that was trashed to make way for the Omote-Sando Hills development either! Baaaaahhhh…. progress!!) Why is it though, that Tepco can’t bury electric cables in residential neighborhoods? Glancing out of our office window over Midtown, I see none! Running around the Imperial Palace, I see none. Hoofing around Makuhari or any of the new towns, I see none! It can quite obviously be done. Were they to relocate the vast tangled webs of ugliness underground, it would make so much difference to the appearance of so many neighborhoods. I really can’t see why it isn’t standard practice given the world famous Japanese sense of aesthetics! Sadly, Tepco has enough on its plate at the moment, and probably for the next few decades!
Happy New Year!!
David
Posted by ALEX