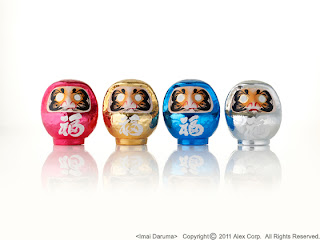 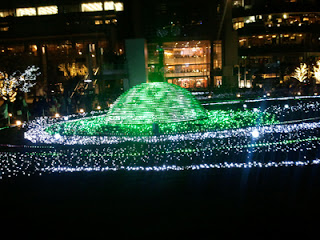 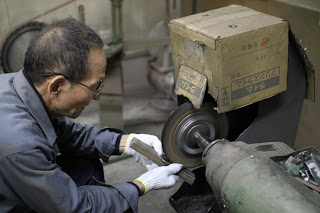 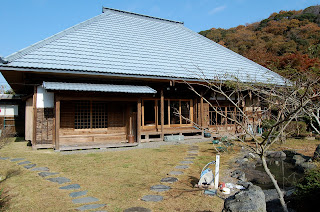 I love old stuff: classic cars, antique furniture, vintage guitars and basses, surfboards..., but I harbor a particular love for historic buildings. Living in Tokyo, though many ancient temples and shrines have survived, there really aren’t many well-built ancient private houses left that would be in my price range! A great many were destroyed during the Great Kanto Earthquake in 1923, with the firebombing of Tokyo during WW2 serving to reduce the stock still further!
I decided to buy something in the countryside as kominka are reasonably priced and more readily available. Though they do appear to have a dedicated, albeit small following, it’s really rather unfortunate that many of these beautiful cultural assets, lovingly created by the master craftsmen of yesteryear, are falling into a state disrepair and being lost. It’s not uncommon around the Boso area to see clutches of these ancient, seemingly disused buildings surrounding a modern tasteless monstrosity! What has happened to the average person’s aesthetic sense?
Ideally, I wanted a kominka in self-contained tree ringed compound with the main house, a gatehouse, and a range of other outbuildings with no nearby neighbors, and NO monstrosity! I wanted to be able to make noise without bothering anyone. Though Kominka do come onto the market from time to time, very rarely do they check all the boxes on my list. Being a surfer, I was also looking to be as close to the ocean as possible. I wanted it all. Many of the kominka I went to see were dark, dingy and damp. Sensibly, from the farmer’s point of view, they are often built on the least arable land against hillsides with rice paddies spreading out in front. It took almost five years of searching before finally finding and settling on one in a tiny hamlet in the middle of the Boso peninsula. It’s about a 25 minute drive to the waves and has a couple of fairly close neighbors, but other than that, it is absolutely perfect. It consists of the main house, a gatehouse (nagaiyamon), outside bathroom and a single story modern structure that I lived in while restoring the ancient buildings. Sadly, a stone built storehouse (soko) had been demolished to make way for this. Thankfully, it is an inoffensive, well-built structure that I was able to camouflage to blend in with the rest of the site.
Another reason I fell in love with it is that it had never been irreversibly ‘restored’. The doma area, rather than having been concreted, as is quite common, still has its original earthen floor. Except for two of the back rooms whose original ceiling joists and wattle and daub type walls had been covered in 70s Formica type facing, the whole property was pretty much as it had been when first built. (When I removed the Formica, the hidden timbers were in remarkable condition and needed very little attention.)
It had been built by the vendors great grandfather during the Edo-Period (1603 to 1867). Though the house is about 180 years old, he spent ten years collecting the timber to build it with. Being secondhand, my guess is that much of the timber he collected was taken from homes built perhaps hundreds of years before. After the vendors spouse passed away some years ago (the last in line of the local Kanushi**), she built a modern home nearby, but kept a fairly close eye on the Kominka. It was used for rental purposes for a number of years (the last renter was an NHK announcer) before finally being put on the market.
I guess most of us feel a range of emotions when we move house; a combination of excitement at the prospect of a new environment, and sadness at leaving the place where so much has happened and been experienced. These feelings are intensified somewhat when we get older as we have perhaps brought our children up in a particular home. For a number of reasons, I reluctantly put my precious kominka on the market about 18 months ago. It was finally sold a few weeks ago to a couple who, amazingly, live a two minute walk from my home in Tokyo! My hope is that they will continue to love and restore it with at least the same level of dedication as I have given it. I would also like future generations to be instilled with a greater sense of admiration for their ancestors achievements. I would like them to appreciate the beauty of these buildings and value them as part of their heritage.
*Kominka - Traditional Japanese House
**Shinto priest
David 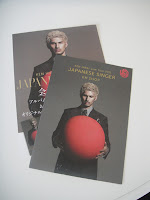